The former Bainbridge Naval Training Center site has a long and storied history, spanning from the late 1800s to today. Seeing a multitude of uses, including a prep school and Naval training station, we aim to ensure the site continues its long legacy of strategic development near Port Deposit. The project's transformative development will bring job creation and economic growth to the surrounding community.

Explore the timeline of the Bainbridge area and learn about the storied history below:

The History of Bainbridge

OVER 125 YEARS IN THE MAKING 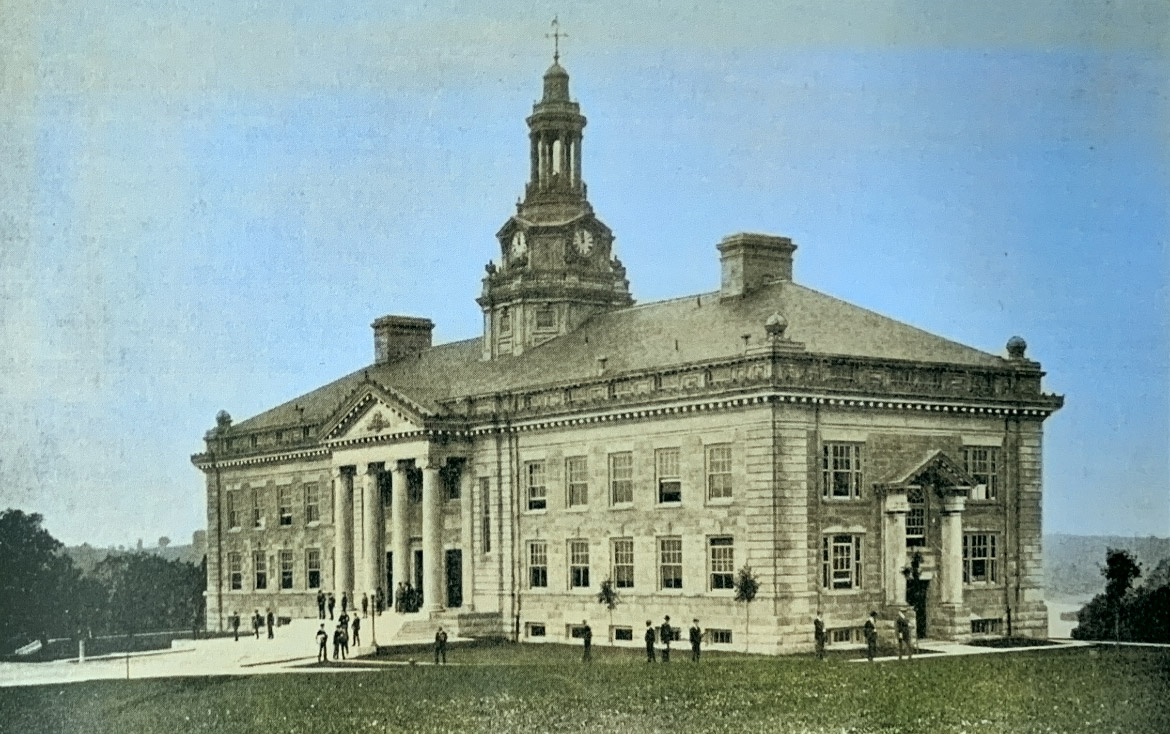 Originally located on Main Street in Port Deposit, The Tome School for Boys, a nonsectarian college preparatory school , was founded in 1894. Upon the death of the school's founder Jacob Tome in 1898, the school received an extensive endowment from his estate which prompted the construction of a new campus above the bluffs overlooking the Susquehanna River. The campus brought new life to what was once an area with little to no growth. 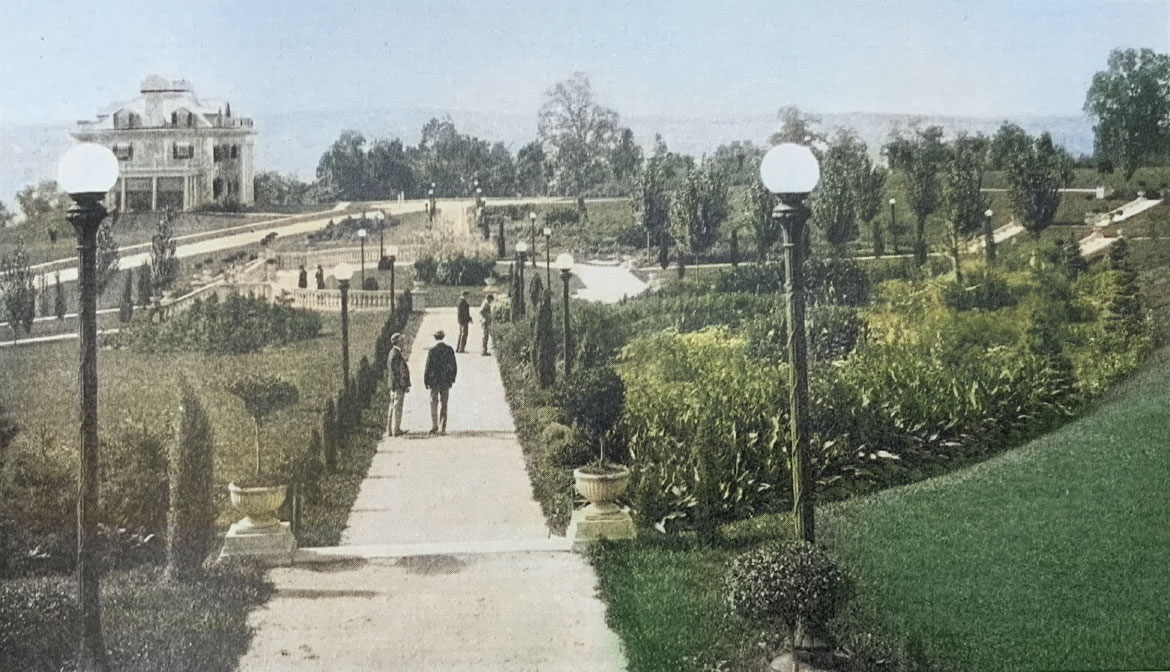 From its founding in 1898 until it was closed in 1974, the Tome School featured a magnificent campus designed by some of the country's most renowned architects such as Robert Peabody, William Boring, Edward Tilton, Charles Leavitt and Frederick Olmstead. The school's lush campus consisted of more than a dozen buildings and included amenities such as an Italian Garden (pictured), a swimming pool, a concert hall, dormitories, sports fields and more. 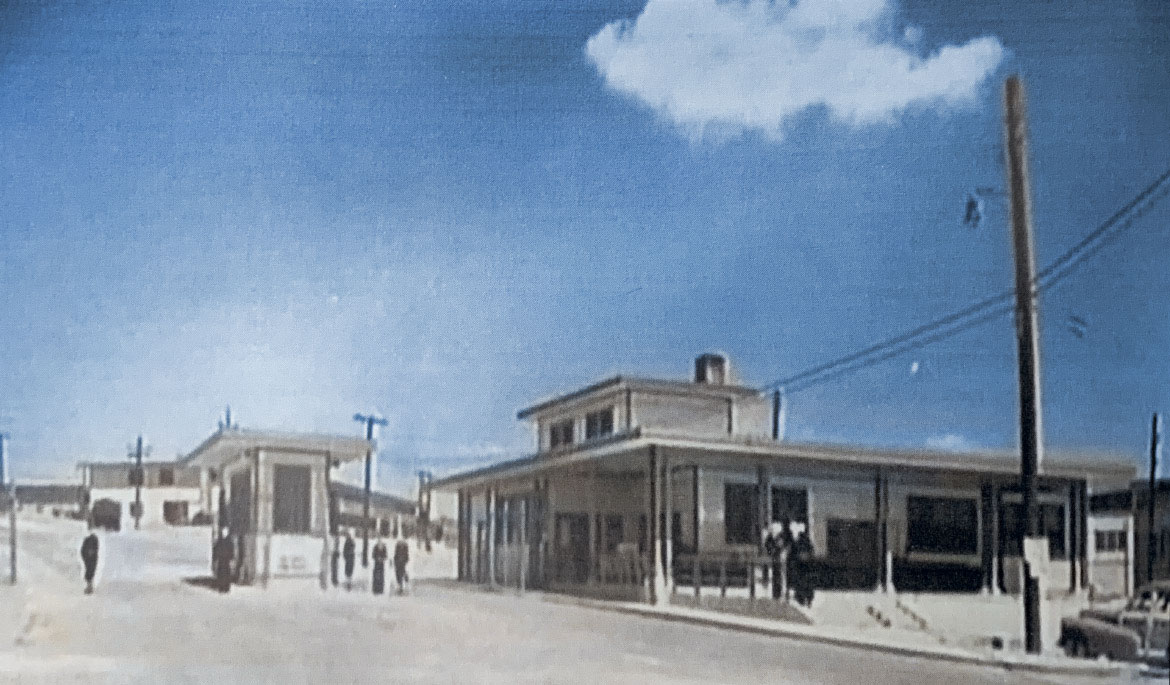 In 1941, the then struggling Tome School was purchased by President Franklin D. Roosevelt to commence construction of United States Naval Training Center, Bainbridge. Named after Commodore William Bainbridge, a commander of the USS Constitution and founder of the first naval training school, the center was to become one of 3 major introduction centers for naval recruits with the campus built to accommodate 20,000 recruits. 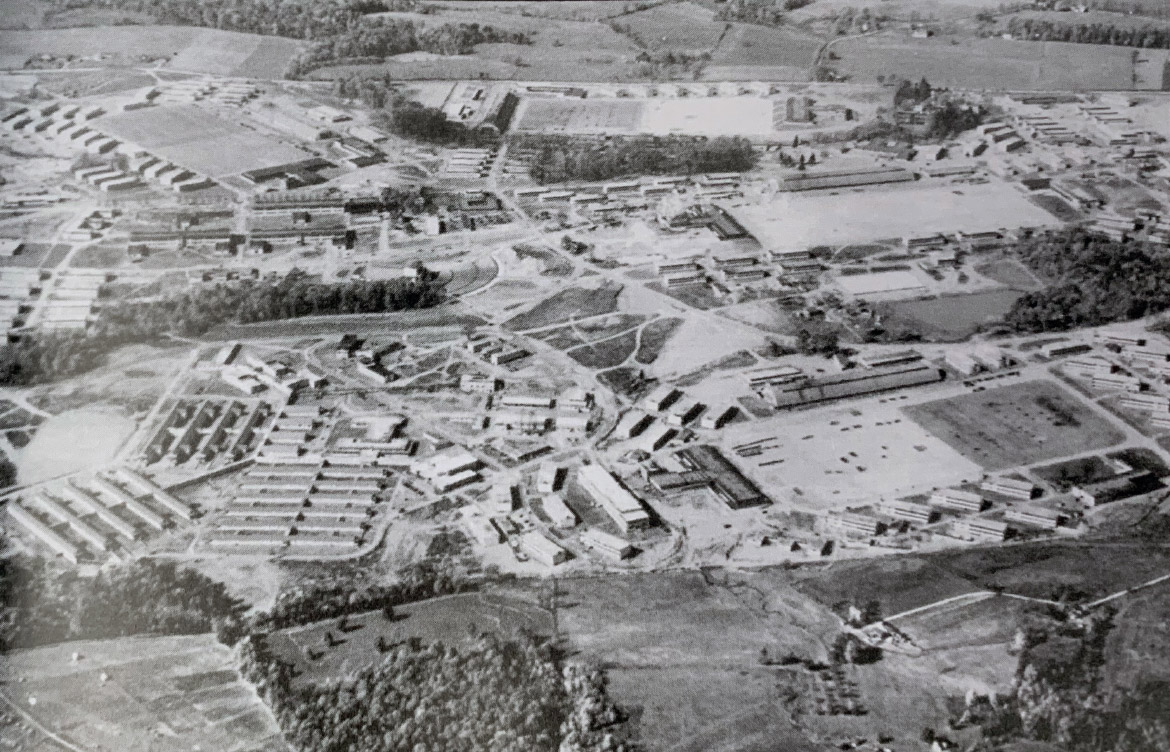 Within 4 months, over 500 temporary buildings had been erected. The barracks were organized into four separate camps, each with its own drill hall, recreational facilities, swimming pool and more. Each camp had the capacity to train and house 5,000 sailors. In 1943, the Tome School transitioned to become the Naval Academy Preparatory School, an educational institution that prepared candidates for the Naval Academy. 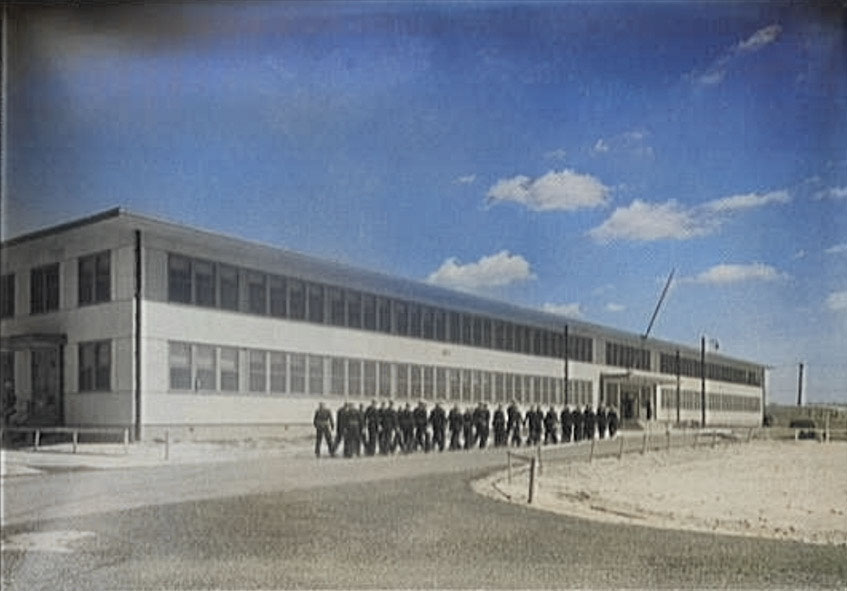 Sitting under command of the Fifth Naval District, Bainbridge was an active recruiting center for nearly 35 years. The first batch of recruits arrived 10 days after the center was activated. By the end of World War II some 244,277 recruits had been trained at Bainbridge. Bainbridge NTC also trained non-recruits in technical skills, totaling over 24,000 sailors through World War II. The center was deactivated in 1947, before being activated again in 1950 for the Korean War Crisis. 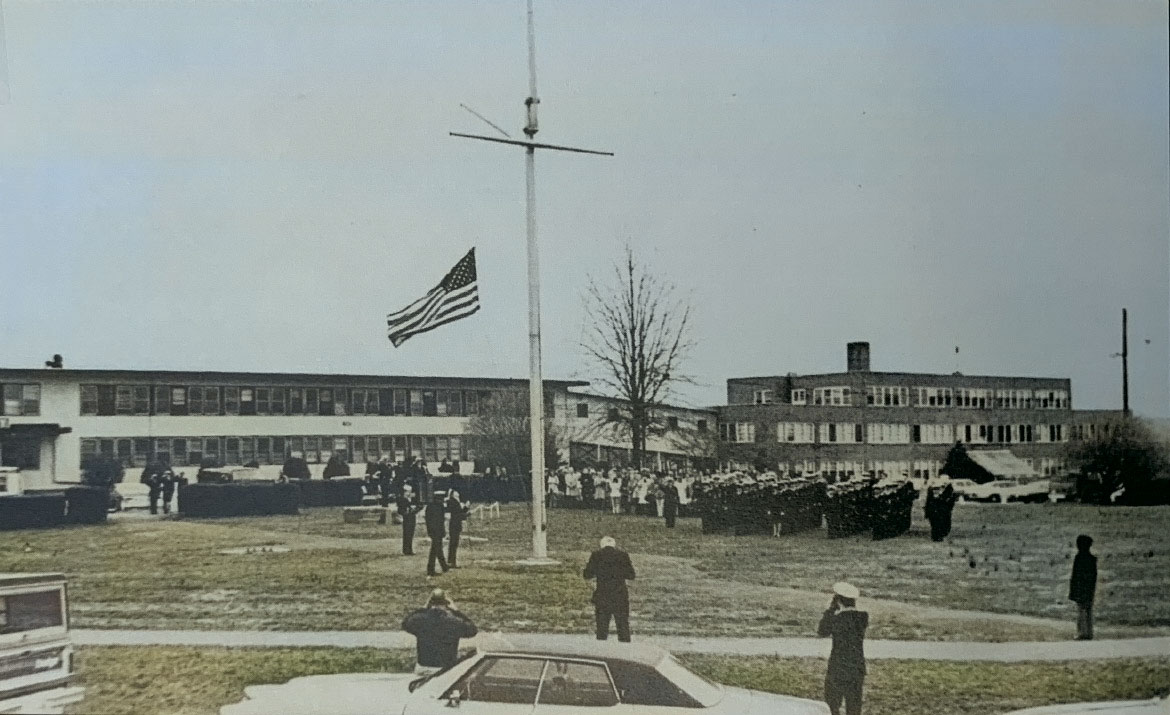 The center's final deactivation came in 1976. Ceremonies were held on May 31, 1976 (flag lowering pictured above), and the gates were locked for the last time on June 30. Some of the facilities were used by the Department of Labor for training purposes until 1990. 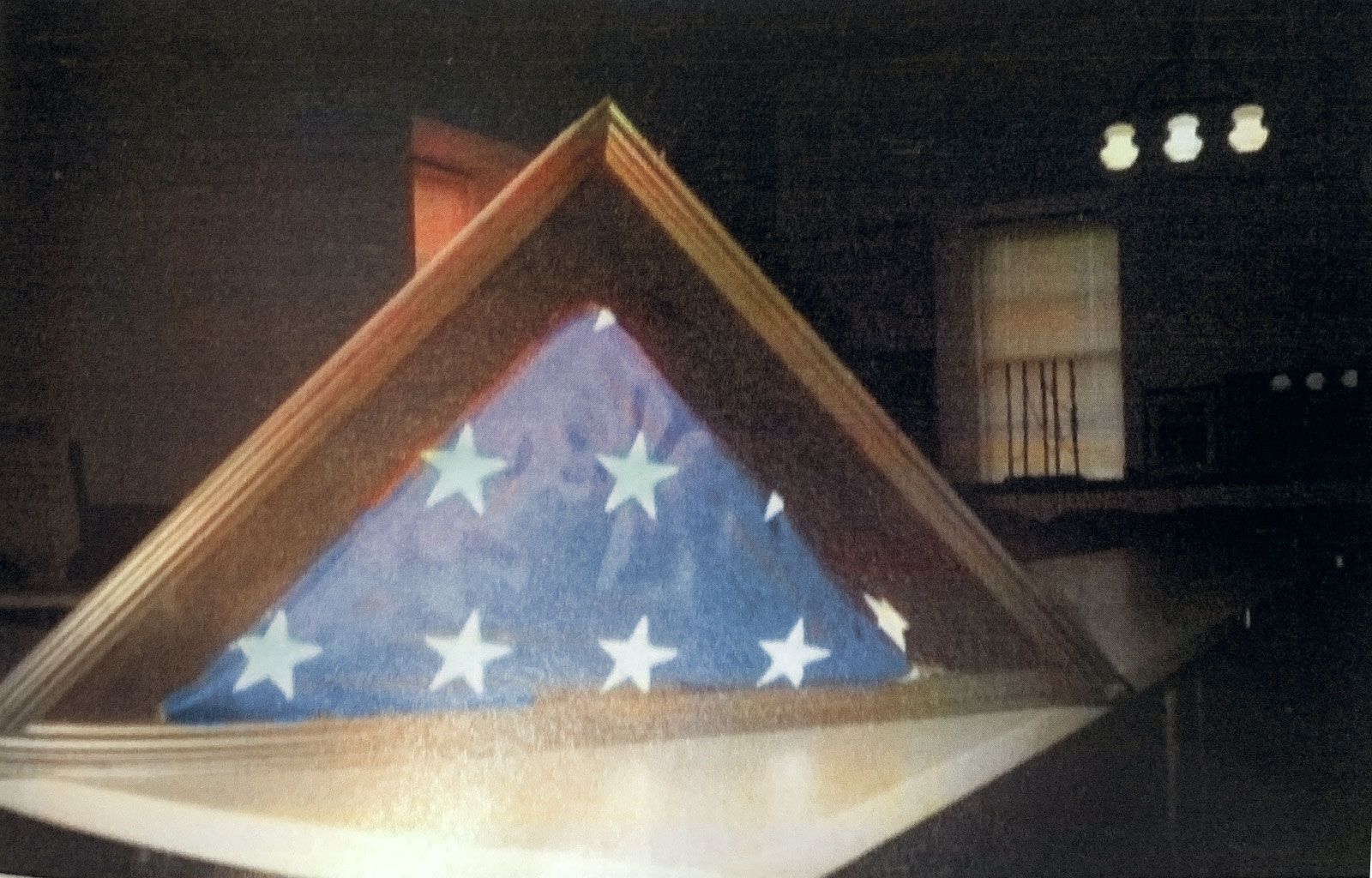 On February 14, 2000, Bainbridge was formally transferred from the United States Navy to the State of Maryland. The Bainbridge Development Corporation was formed by the Maryland General Assembly to facilitate a transfer of the property to the private sector and spur new economic growth opportunities for the State, Cecil County and Town of Port Deposit. 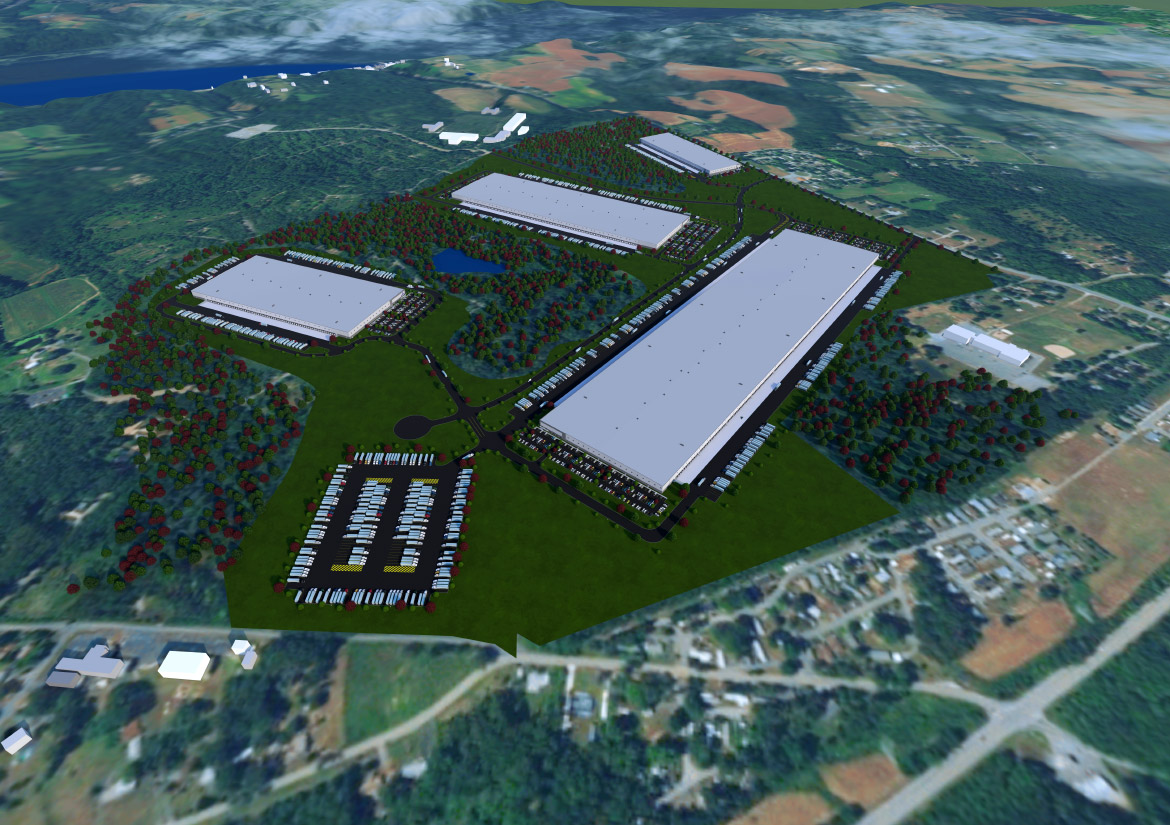 MRP Industrial has partnered with Hillwood to re-develop the Bainbridge site. Phase 1 of Bainbridge is comprised of 440 acres and features 4-5 Class A industrial buildings totaling over 3.7M square feet. Using a modern, innovative design with best-in-class features, the development team plans to revitalize the site and bring economic opportunity to the area and community. — See Phase 1 Details

The information contained herein has been obtained from sources believed reliable. While we do not doubt its accuracy we have not verified it and make no guarantee, warranty or representation about it. It is your responsibility to independently confirm its accuracy and completeness. Any projections, opinions, assumptions, or estimates used are for example only and do not represent the current or future performance of the property. The value of this transaction to you depends on tax and other factors which should be evaluated by your tax, financial, and legal advisors. You and your advisors should conduct a careful, independent investigation of the property to determine to your satisfaction the suitability of the property for your needs.